Visitors 2495
10 photos
Complete restoration of an original gull wing hardtop and Cadillac Crusader boat. Two four-barrel carbs, the most desirable 1961 model. Only 150 of this style were built in 1961-62, only about half are known to exist today. Custom-built trailer and waterline mooring cover.

70 total 1961 Coronados were built, about a dozen known to exist. This example is a three owner boat, originally delivered to Minnesota, and originally equipped with its rebuilt Cadillac Crusader V-8, 390 cubic inch, 325 hp, two 4-barrel carbs. 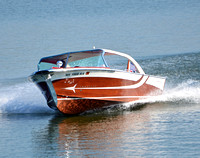 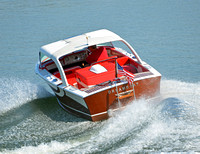 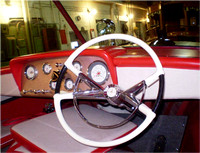 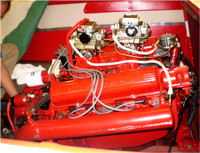 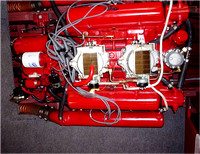 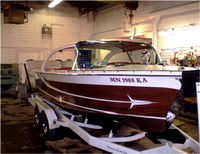