Visitors 691
16 photos
There's quite a legend surrounding the 21' Falls Flyer Inboard model. The hulls were built in 1938, but several remained unfinished until after World War II. They had been removed from the factory building, which burned in 1949, and were rediscovered after the fire and finished. This boat was found on the shore of the Mississippi River, sunk in the mud, which had preserved the wood. The boat became part of the Mikkelson Collection, and was purchased at auction, in project condition. A sympathetic restoration was undertaken, with the goal of preserving as much original wood as possible. The hull was skinned and painted, all hardware re-plated, the original dash panel was re-created, and an original (1948) Graymarine Fireball 6-145 was fitted to the boat. The finished product earned the ACBS Most Original Boat award at the ACBS International Boat Show in Coeur D'Alene, ID in 2013.
This very unusual Falls Flyer has been reduced in price to $59,900.
© 2022 Freedom Boat Service. Proudly featuring Chris-Craft, Century, Gar Wood, Riva, Hacker & Lyman wood boats 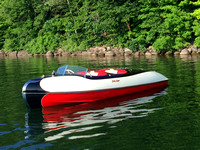 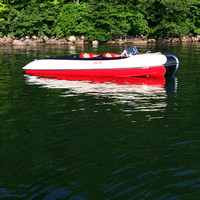 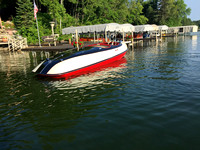 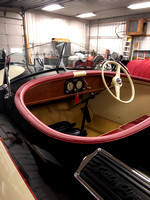 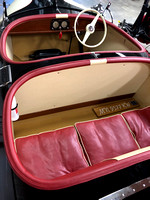 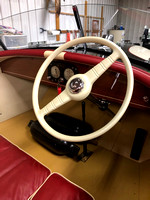 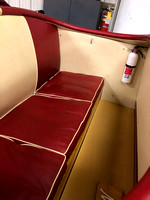 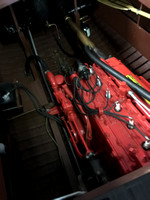 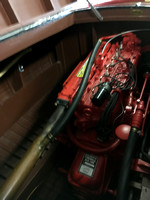 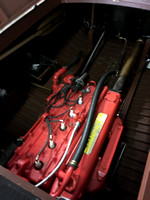 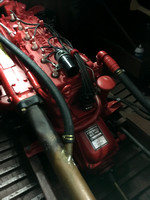 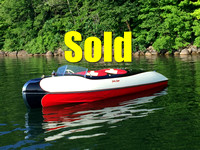